CHECK OUT OUR LATEST ARTICLES

With lights switched off in theatres and exhibition centres, cultural events worldwide including Australia has come to a halt amidst the outbreak of COVID-19 to be curbed with tight protocols on mass gathering and social distancing.

For art sectors, especially those starring Chinese artists, the catastrophic impact can be witnessed even earlier at the beginning of 2020.

Since the roll-out of the large-scale travel ban, Chinese performances were expected to be delayed or cancelled. Concerts such as Jordan Chan’s “Stop Angry” Australia Concert in Feb 2020 is cancelled for both shows in Sydney and Melbourne.  Meanwhile, Jay Chou’s concerts in Sydney was later rescheduled from March to October. 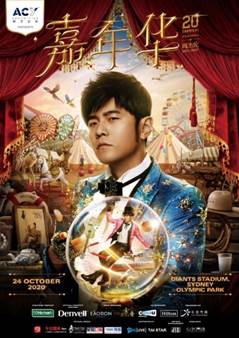 Besides international tours, local venues are also one of the biggest receivers of show cancellations. Many performances such as “Oedipus Schmoedipus”, “What is Chinese?” along with the first Mandarin Comedy Week which was supposed to be held during Melbourne International Comedy Festival had to be rescheduled, with all eight shows postponed until 2021.

It comes as no surprise when Live Performance Australia (LPA) chief executive Evelyn Richardson announced that the industry body predicted that half a billion dollars in revenue and thousands of jobs will be lost across these past three months.

To provide entertainment for the nation to “flatten the curve”, arts organisations are making up loss attendance with online views. Performances which supposedly costs hundreds are substituted by being uploaded online or streamed live for free.

Sydney Opera House announced a digital program featuring past performances such as Missy Higgins and the Bangarra Dance Theatre. Meanwhile, Melbourne Museum‘s taps into the trending hashtag of #MuseumAtHome and brings collections and artworks through virtual tours. 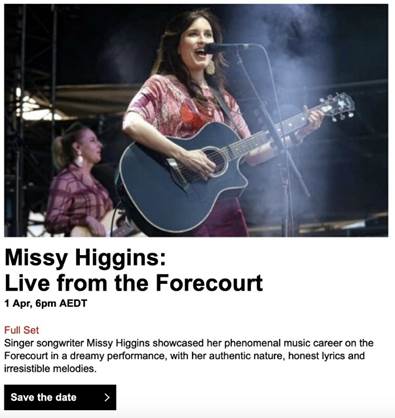 The Australian Ballet also introduced its streaming platform Ballet TV by kicking off its Digital Season featuring 2-week season for each ballet. With most revenue depleting, galleries and museum stores are now serving as “official merchandise store” to support both the venue and the artists. Understanding that most artists and store owner lack logistic capacity like shipping and storage, Melbourne Museum amongst many others are selling merchandises of the artist – with Museum Victoria Store putting up a limited-time price discount storewide.

A Note from Us:

We hope that all businesses affected by the pandemic to recover quickly in no time. For business owners, artists or organisations who wish to expand their current audience and gain exposure to Chinese communities in Australia, Piaowu is an exclusive Chinese ticketing platform to bring the diverse and multicultural performance arts, sports and entertainment events to Chinese audiences in Australia. Kindly contact us for possible collaborations and any further inquiry.

Brand Catalyser wishes you good health, safety and compassion during the COVID-19 pandemic.